Panama to Ecuador : From Rio Hato,we took the bus for Albrook terminal. Once in there, we found out that we first needed to buy a bus pass called rapid pass from a machine, charge it  (sufficiently, so as not to get off again while the rest of the family are seated) and then we could board the bus which will take us to our hotel.

For our last night in Panama, we treated ourselves to a hotel near the airport. We were to leave at 5h05 the next day (23.08.18) for Ecuador.

Our shuttle was ready at 2h30. The alarm from my husband’s phone did not wake us up, thankfully, my Mama’s Messenger call did.

Airport surprises: We didn’t realize that both our swiss knives were in our backpacks and Erin’s scissors from her Lola was also in hers . All went into the bin. Carlo’s collection of lighters were also confiscated. It took us a while to get over the grief of losing these objects.  Nevertheless, this is a good lesson on double checking one’s backpack before going to the airport and of course on giving up things we valued most. Guessed, we’ve gotten used to taking the buses.

Arrived here by 10h, took the bus from the airport to Rio Coca, then one to Casa de la Cultura to get to L’auberge Inn. Glad that our laundry could be taken care off. We also explored some attractions as well as parts of the city. 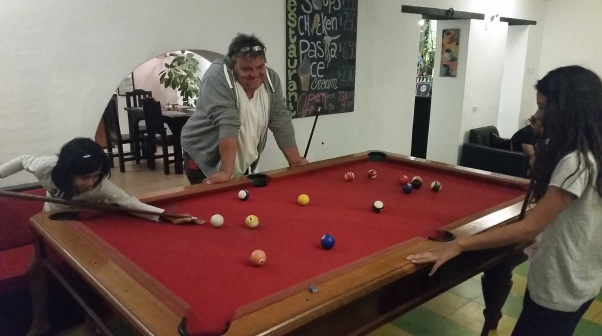 in the Auberge Inn 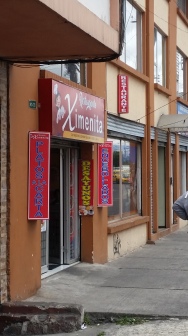 infront of the hostel 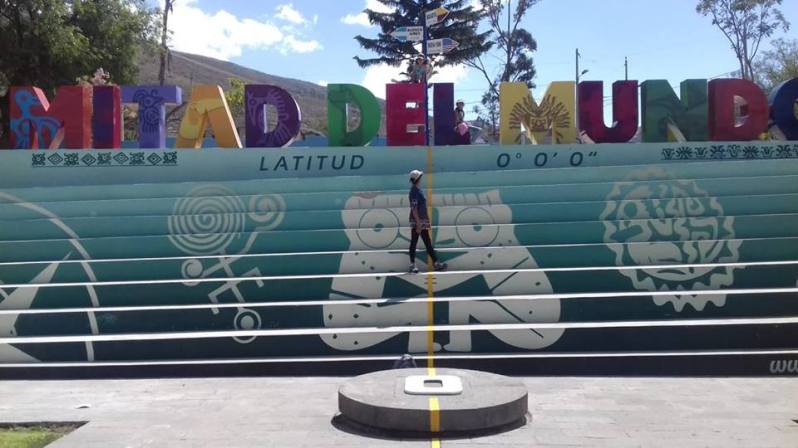 My daughter, Erin, has written something about her experience in here as a part of her french lesson with my husband.

To get here, we took a bus in Mariscal which lasted for almost an hour. It was almost full and we were able to get two seats 20 minutes before we arrive at our destination.

It was a Saturday when we visited and the town was bustling with activities, the streets were full of people 😉 but as fate would have it, no adults has cellphone to take pics and our effort to repair our camera the day before didn’t bear any fruit. Yet, the best part of not having to take pictures was that we were able to enjoy exploring the site without interruption. We particularly like the Museo de Ciudad, it was more than what we have expected.

There was also El Panecillo where a monument of La Virgen de El Panecillo majestically stands. We took a taxi from the main road to get there.

I just decided to come back the next day to  take photos and have my “me time” while my husband and the girls continue with their lesson.

This was not in a spa. Not even a quiet time in a café. I don’t think, the old town is the place for that. With all the music playing and public performances here and there, I just could not  ignore my surrounding. Nevertheless, walking and soaking in the colors and movement of Centro Historico was a kind of meditation. 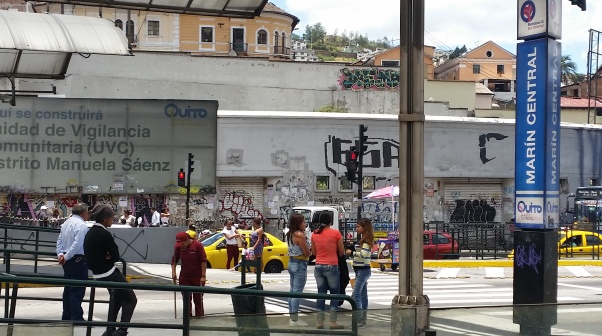 Took the trolley bus(E3) from Eugenio Espejo stop and continue until Marin Central.  Walked up to the Calle de Sn.Augustin. Sunday morning was less hectic but would get more animated  later in the day. 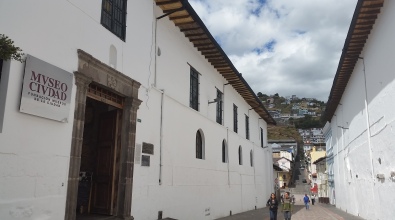 I managed to visit one museum,  which I find really interesting. The Casa Museo Maria Augusta Urrutia. Taking picture is not allowed and unfortunately the postcards for sale were not that good.

Walked and taxied around looking for a Nikon service center to no avail. Fortunately, there were lots of places for batidos and jugo. 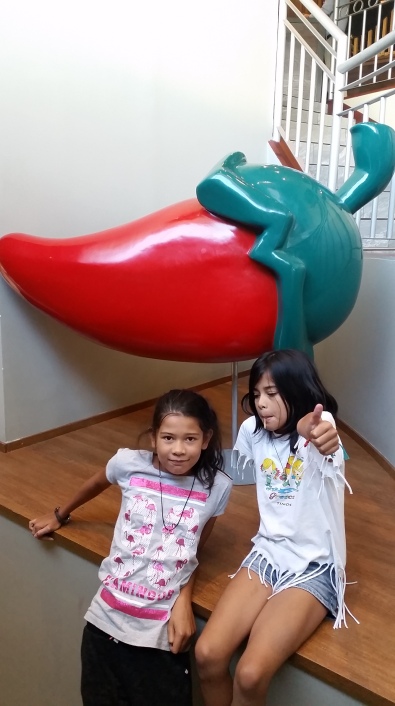 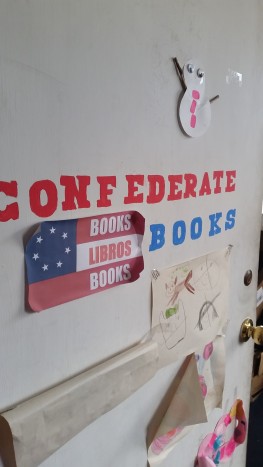 Also discovered a bookstore, prices were unlike in  “Renfile” but we found Harry Potter for Erin and Frankie by Jean Ur for Ate K.

This is part 1 and more to come, because one post for Ecuador is not enough. Thanks for stopping by.